August has me climbing my way out of an abundant pile of cherries. I really am obsessed with them. I can hardly keep up. They are just a perfect and beautiful little colorful fruit. A superlative stone fruit. Along with portending great weather, their arrival actually brought me one of my best friends. I met her at a fruit stand stand outside of work eight years ago while buying cherries. The rest is history. There’s a reason these beauties come in pairs.

This recipe and the next few are a collection of kitchen love songs to the season’s bounty, which has not so subtly captured my affections–deep red and sweet–like cherries. There’s just something about a month full of super moons and meteor showers in the sky and fruits dripping off trees in the earth. I could get used to this– like that moment where you forget that your vacation isn’t your reality. But alas, I remember and appreciate it all the more for its fleeting nature.  I used to sit outside all night with my little brother and watch the sky fill up with fire. We were too young to even drink back then. It was pure child-like fascination.

If you’re not familiar with clafoutis, you’re in for something special. It’s basically a bevy of dark cherries nestled inside soft custard with a very thin, crisp, golden crust. The clafoutis Limousin hails from rural southern central France and takes its name from clafir, a dialect word meaning “to fill,” which is does, in the most amazing way. 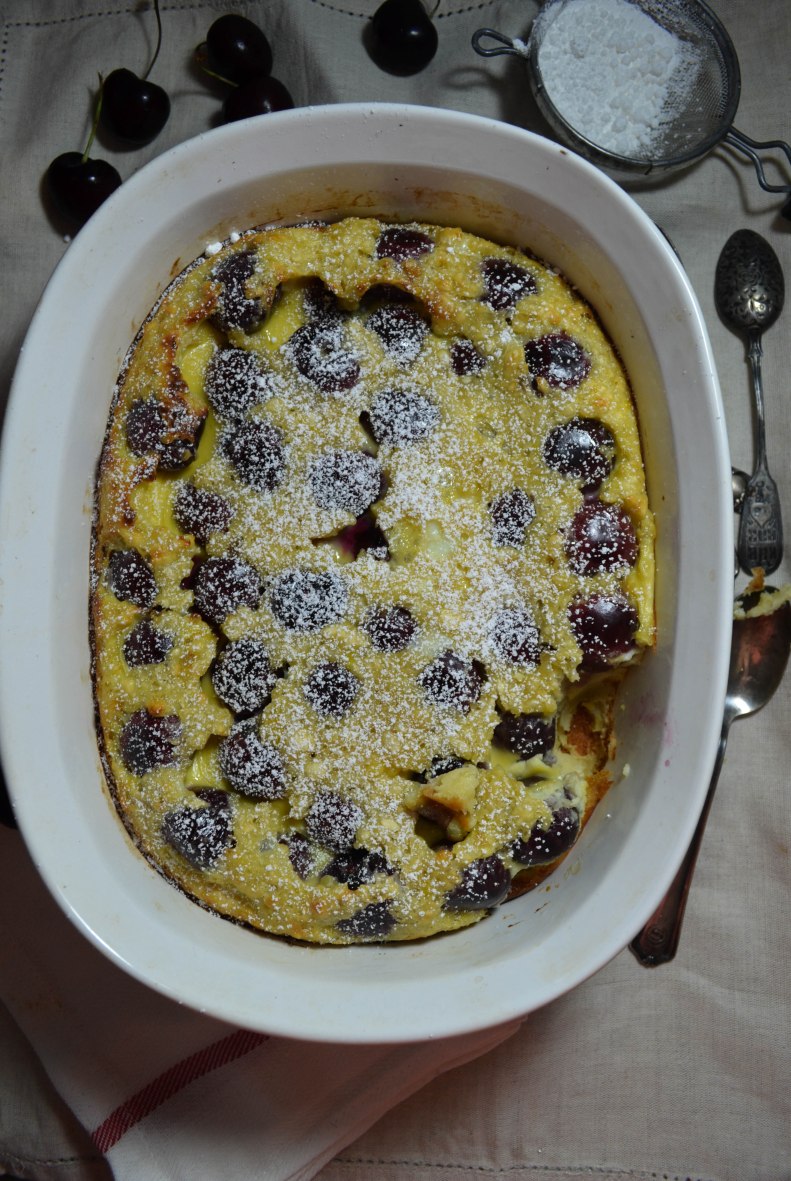 Keep the pits in to keep the cherries from collapsing, but also because they contain amygdalin, the active chemical in almond extract. During baking a small amount of amygdalin from the pits is released into the clafoutis, adding a complementary almond-y note to its flavor.  The pits do require a bit of caution when you take the spoon to the pan and just gorge. Consider it a safety mechanism for maintaining your girlish figure, even if you’re a dude. I think a clafoutis is best eaten the day after, but not too much longer. It’s as easy to make as crepes and also resembles a cannelle batter, but it’s held together by cherries.

I leave you with a short playlist down below so you can listen as you bake something reflective of the season. Wishing you a week filled with candied bursts of sticky ripe fruit, deep, rich vanilla, hints of citrus and rum, smooth butter, and luscious creamy custard. 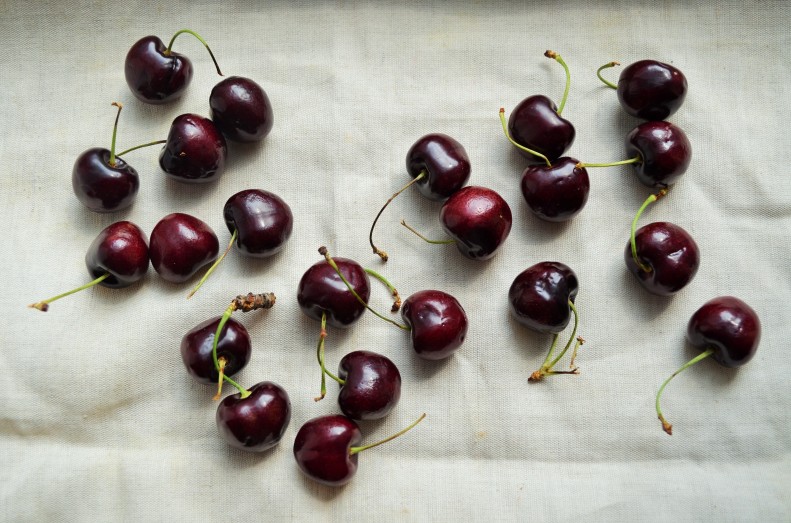 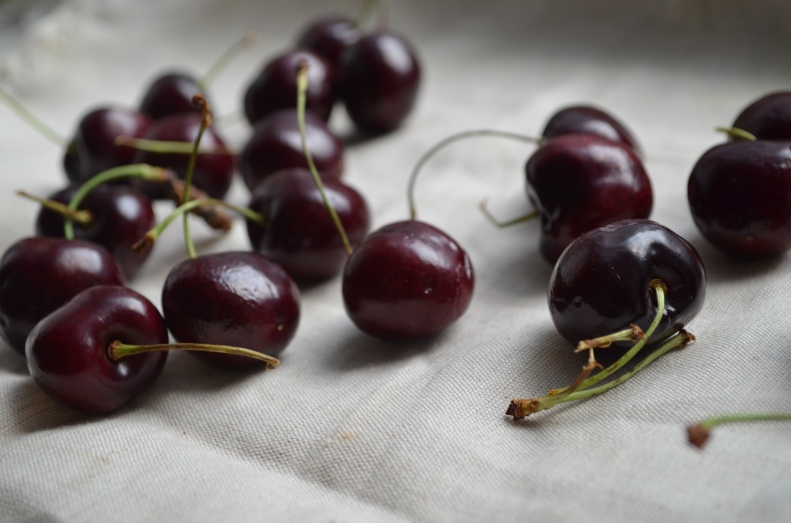 Heat oven to 425°. Grease a 9″ cast-iron skillet or baking dish with butter; set aside. Combine milk, sugar, rum, vanilla, eggs, and salt in a blender. Blend for a few seconds to mix ingredients, then add flour and blend until smooth, about 1 minute.

Pour batter into buttered skillet or oven safe pan, then distribute cherries evenly over top. Bake until a skewer inserted into batter comes out clean and a golden brown crust has formed on top and bottom of clafoutis, about 30 minutes. Dust with confectioners’ sugar before serving.

My little playlist for you: