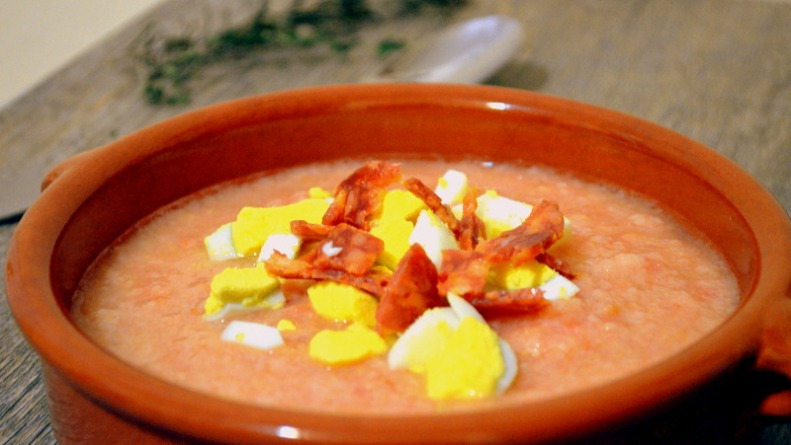 “Córdoba, far off and lonely. Black mare, large moon, olives in my saddle-bags; although I know the roads I’ll never get to Córdoba.” — Horseman’s Song by Federico Garcia Lorca.

I have always had a fascination with Spanish and Latin American culture. I have studied the language, literature, food, culture, music and art. No matter where I am, some atavistic desire in me keeps drawing my attention back toward Spain. In fact, the web address for this site, “ser cocinera” means “to be a cook” in Spanish. Today, that desire drove me to make Cordoba’s version of gazpacho. The best part of this refreshing soup is that it takes 15 minutes to prepare.

Cordoba may very well be my favorite place in Spain with its summer heat and mix of Moorish, Visigoth and Jewish cultures. In May, I befriended a gruff, hirsute taxi driver with a deep voice and a messy shock of graying dark hair in Cordoba. He was a self-proclaimed “hijo de Cordoba” a son of Cordoba, born and raised. When I got into his taxi and told him where I wanted to go he simply refused to take me.

Driving way too fast through tiny side streets in between old buildings in the blinding white heat of the Spanish summer, our backs dripping with sweat against the seats, he showed me all the places to eat and drink and in what order to do them. He sang the joys of the Salmorejo Cordobes, something he kept referring to as Cordoba’s gazpacho. By the end of the day I had had a refreshing horchata drink made with almonds rather than pine nuts, bull spine and tail, fried eggplant with honey, albondigas –Spanish meatballs– and his ultimate suggestion, the Salmorejo. 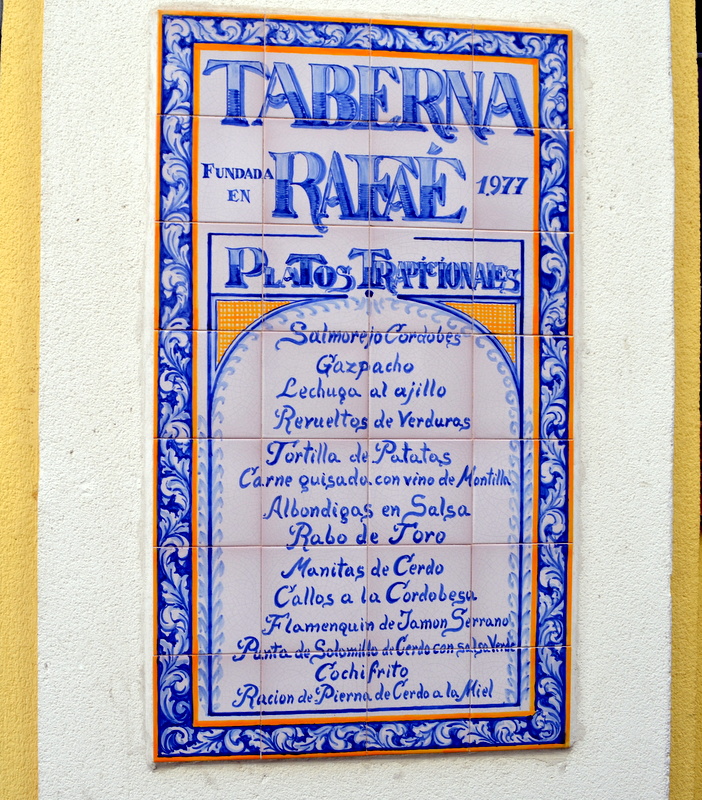 Today I’ve recreated the traditional Salmorejo. Refreshing and thick, you get the sense from the bread base that bolsters the tomatoes, that the solmorejo was a typical, filling, peasant dish. But the olive oil, lemon juice and ripe tomatoes bring a light refreshing tartness that makes this simple age-old dish fit for a king. The egg and meat on the top add protein and texture.

For my recipe I used a modified version of John’s from heneedsfood.com, which was the real inspiration for trying to recreate this dish in my own kitchen. John is a professional chef and reading his recipes and stories is a real joy.